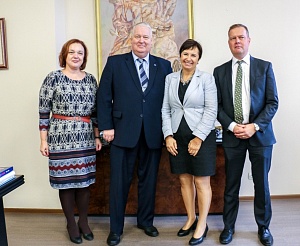 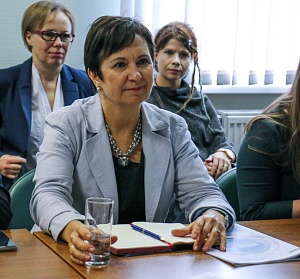 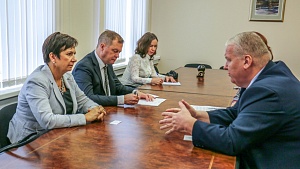 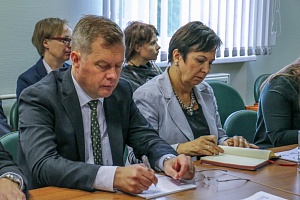 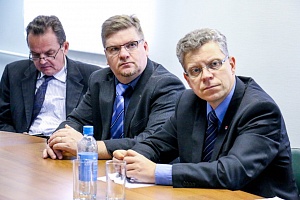 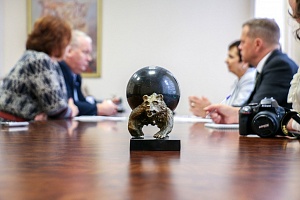 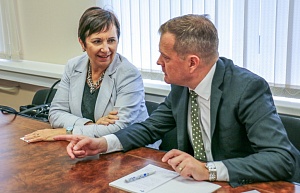 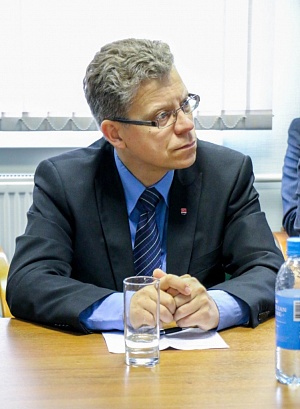 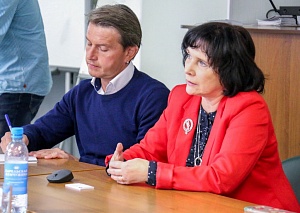 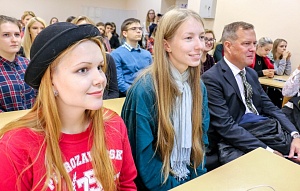 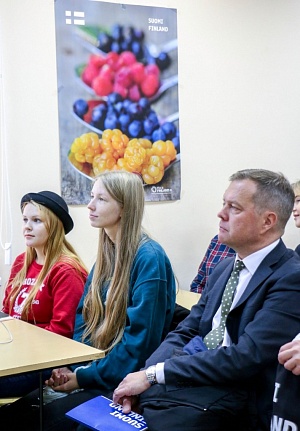 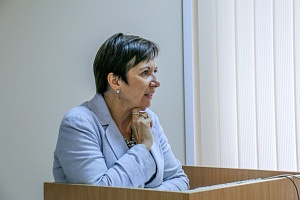 In the framework of the business mission of Finland to the Republic of Karelia the representatives of business community and the Chamber of Commerce and Industry of Finland headed by the Consul General of Finland in Saint Petersburg Anne Lammila visited the IT-Park of PetrSU where they were presented the Flagship University Development Program and innovations of the SMEs of PetrSU.

The Consul General of Finland in Saint Petersburg Anne Lammila and Consul of Finland in Petrozavodsk Tarvo Nieminen also met the Rector of PetrSU Anatoly Voronin. The Rector told about the key results of the strategic project Finno-Ugric World.

Both parties consider it essential for the Flagship University to take part in the Cross-Border Cooperation of the European Neighbourhood Instrument (ENI) Karelia and Kolarctic programs in the areas of growing cross-border business cooperation, clean and comfortable region to live, attractive cultural environment, microprojects. As a part of Russian-Finnish project teams, PetrSU implements 14 projects and has prepared 12 new project applications.

The Consul General invited the Rector to the annual Russian-Finnish Cultural Forum that this year will take place in Savonlinna (Finland) and noted that traditionally the teachers and students of the Department of Baltic and Finnish Philology of PetrSU successfully work at the Forum as interpreters.

After the official visit, the Consul General met the students who study the Finnish language and delivered lecture How Finland Became the Happiest Country in the World. The theme of the lecture stirred great interest and sparked a lively discussion in the audience. The Consul General appreciated the high level of proficiency in the Finnish language among PetrSU students and the nature of the questions asked. The representatives of the Department of Baltic and Finnish Philology invited the guests to the Ethnohouse of PetrSU where the communication in the Finnish language continued in a friendly environment.

How to find us